Last week I attended a Skillful Talent Series workshop to learn more about the effectiveness of competency and skills based hiring vs. the more traditional credential / experience approach. https://www.skillful.com/our-work

This is not a new idea, but offers a strong approach to overcome today’s labor shortages. In the early days of the personal computer industry, Dan and I founded Jones Technologies Inc., to provide third party support for hardware and software companies. We ended up selling the business and our unique approach to customer service to Sykes Enterprises (SYKES), but that is a story for another time. https://www.sykes.com/

Because we were in small town America and needed to prove our premise that hiring local folks with outstanding work ethic and friendly customer service would strengthen our client’s customer support – we created a pre-employment training program with our local community college, Northeastern .https://www.njc.edu/

Our goal was to provide industry and soft skills training that would result in a pool of qualified employees who demonstrated their talents through outstanding customer service and solid problem solving skills. And after hiring, could be trained on the technical aspects of the clients product and tech support solutions.

The one month intensive training program ended with each student sitting in our call center, wearing a headset and ready to input the call into Dan’s call tracking software. The objective was to have the student demonstrate their multi-tasking ability and solve the caller’s problem in real time.

Each student had about 10-15 minutes for their call. We monitored and video taped each session. Well, we got through over a dozen students, and then the building fire alarm went off. The caller, a NJC staff member, who was in another room in our call center, said to the student, ” I hear a fire alarm in the background, do you need to leave the building”. And the student says to the caller in a very calm voice, “not yet, let’s make sure we get your problem solved. I’m sure my supervisor will come and tell me to leave. May I get your phone number in case we get disconnected?” The caller then shouts, “No – it really is a fire alarm! I need to leave.”

The student thought the alarm was planned as part of the call simulation. The good news is that it was a false alarm and YES – the student was hired and turned out to be one of our best employees.

Perhaps it is time to re-evaluate your hiring process and focus on what knowledge, skills and ability it takes to do the job. It really does work.

What a surprise to see the Winona ad during this year’s Super Bowl game. My reaction was What? Winona Ryder sitting on the ground by the Welcome to Winona sign? Well that was unexpected but a delight to learn the back story and then think of my childhood in Winona MN.

Our family moved to Winona when I was 3. My sandbox friend, Chris (who still lives there ) and I are still co-conspirators on crazy adventures and love to retell stories of growing up.

We would subject our siblings to summer time Kool Aid stands, circuses under the tent of clothesline sheets, wonders of the world in our breezeway ( with mirrors), costume parades down King Street, joining the neighborhood gang in “kick the can” and then plenty of hide and seek by the creek and our homes. As we got older, we biked to Lake Winona, hiked in the hills, brought picnic lunches to the park, swam and ice skated at the lake or Mississippi River. Winter was sledding & skiing in the back yard or nearby hills, playing ice hockey with a broom on the creek or ice skating down the road. Thank goodness for our Mom’s cookies and hot cocoa to warm up.

After my trip down memory since Super Bowl Sunday, I finally understand the connection to Winona and my life: (well maybe just the first part….)

Honestly, yesterday morning started pretty normal. I didn’t have a SBDC client appointment until noon, Dan was heading out to clean off malware on his Mom’s computer and then take her shopping. As a former financial advisor, I like to watch CNBC and had just turned on the TV to see the market falling due to the coronavirus concerns. And then switched over to the update on the impeachment trial.

Then the door bell rings, Elly, our 13 month old puppy, goes wild and hanging onto her I open the door to a cable company guy. He says ” we are trouble shooting radio frequency interference in the neighborhood and it is coming from your house”. Huhh? I quickly realized Dan was about to back out of the garage and I had no clue what to respond. So I told the guy to wait, caught Dan as he was getting into his truck and connected the two of them. Then a second cable guy comes into the garage. Dan says, “the previous cable company installed an amplifier in the attic, maybe you should look at that”. Then he heads off, leaving me – Ms. if the technology is broke I can’t fix it – to deal with the situation. So I get the one guy to the outside of the house, where he has some kind of box that can trace the signals, and then get the other guy to put up our ladder in the garage to climb into the attic. I ask the second guy why they are at our house and he said neighbors for some time were reporting trouble with their cable service. Then I back the car out. Did I mention I am in an old pink fuzzy bathrobe and looking like I rolled out of bed?

I get Elly quieted down and just as I go to get dressed the door bell rings again . I go the front door, no one was there. I go to the back door and ask the other cable guy, “Did you ring the door bell?” and he stares at me. So then I open the door to the garage and a voice from the attic says “someone is on your roof”. I go out to look and see no one. Then I go to the back yard and hear, Hi Laurie. Turns out it was the roofing company rep and city inspector. Ah, finally after 6 weeks, the building inspection on the hail damaged roof replacement was getting done.

Once again Elly is going crazy as I resorted to hauling her around on her lease so she didn’t run away (which she does when a door opens to the outside world). Well the roof guys get done, and they ask me what are these cable guys doing here. Oh, by the way – the cable trucks were parked in the alley, kind of hard to see from our front door and the roofing and city trucks were behind giant blue spruce in our yard, adding to my confusion with these 4 guys showing up.

So in my response to the roof guys, “well you know those drones that have been seen over the hospital nearby….” The look on their faces was priceless. Then I said, “not really”. Dear reader, if you are wondering what this drone deal is, unidentified drones have been spotted all over NE Colorado for many weeks, and everyone from feds to law enforcement to renewable energy companies saying “not us” and conducting an investigation. And local citizenry thinking it is a secret military training op.

So just then the cable guys come back into the house. And ask me to turn on various TV’s with the cable boxes and cable cards. Nothing works. The one guy comes into Dan’s office and sees all the monitors and has already seen all the servers, backup power and other devices in a room by the garage. He keeps asking what else are you running that could cause interference and somehow doesn’t believe me when I say nothing. So I can’t help myself now and tease him with, “you know Dan used to do military contract and computer security work”. Once again, I got a look … These drone sightings are the talk of the town as people look for where the possible controller units are located in a mobile van or elsewhere. So I ask what happened with the amplifier and he goes back up in the attic. An hour later both guys are back in the house with the device and bunch of cords saying this seems to have been the problem. Apparently inconsistent radio frequencies were coming from that device. Or were they?

And then as those guys leave, I catch up with a few more significant news items of the day including stock market drop about 2% and the no vote on impeachment trial witnesses. Raced to take a shower, dress and got to my noon meeting with clients planning to start a pretty awesome new business. Just another typical day at the Jones’ home. Or as we like to call it, The Jones Effect.

Hello everyone. This is Laurie, Dan’s wife, restarting blog postings. Dan continues to deal with challenging health conditions but still able to assist me so I can write and share with all of you. Here’s to celebrating new beginnings for all of you on this incredibly warm February day in Colorado and to us as we enter a month that a year ago brought me a breast cancer diagnosis and Dan a nasty bout with edema.

More about that in coming weeks. In the spirit of The Art of Panic, my writings will cover our always unique experiences in our household, travels, and work situations. And as former serial entrepreneurs, I hope to share a few of our more memorable situations and ponder about lessons learned that I offer in my current work as a small business development center (SBDC) consultant.

So please read on to the next post about yesterday morning – “Of Drones, Radio Frequency and Roofs”. 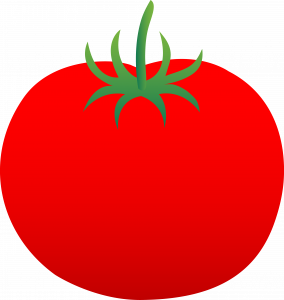 That title really makes you wonder doesn’t it?

The other day I was returning from mom’s house after shopping  with her when she gave me a tomato and some other things. I got home and started bringing the stuff into the house, but was caught short handed with contents of the truck and the tomato and other vegetables and my cane. So I did the obvious thing to cover the 10 steps or so to the kitchen table – I put the tomato in my pocket and mosied in. Of course the 10 steps were more than enough for me to completely forget the tomato in my pocket.

A bit later, my wife asked me to check her packing of the truck to go visit our son who just bought his first house and needed some moving help (and the first load of his stuff we have here and thought we’d never get rid of!). The first thing I did was to lean against the bed of the truck to pull on a rope. Suddenly a certain part of my anatomy felt wet and cold and a large wet spot appeared on my pants. Still not remembering the tomato, I stuck my hand in my pocket only to discover the guts of the poor ripe tomato. I remembered the tomato then!

After a change of shorts and underwear, I no longer had a tomato lined pocket. Yea me. Score tomato juice 1, me 0.